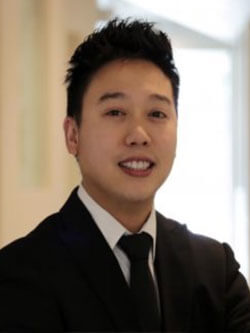 Dr. Quan Nghiem graduated from The College of the Holy Cross and is a 2008 graduate of Tufts Dental School. He completed a one-year general practice residency in New York before moving to California. Practicing for two years as a restorative dentist in Los Angeles, he decided to pursue a specialty in Endodontics. He completed his residency in postdoctoral Endodontics at Temple University Kornberg School of Dentistry in 2013. He began practicing endodontics at a five location Endodontic practice in Los Angeles, California, where he quickly transitioned to the lead Endodontist after his first year. Dr. Nghiem utilizes the latest technological advancements diagnosing and treating endodontic patients during microscopic and microsurgical procedures.

Dr. Nghiem is a kind and caring Endodontist who grew up in Canton, Massachusetts and recently returned to the east coast with his lovely wife Sue after the birth of their first child. In his spare time, he enjoys tennis and golf.

Back to Our Doctors
HOME